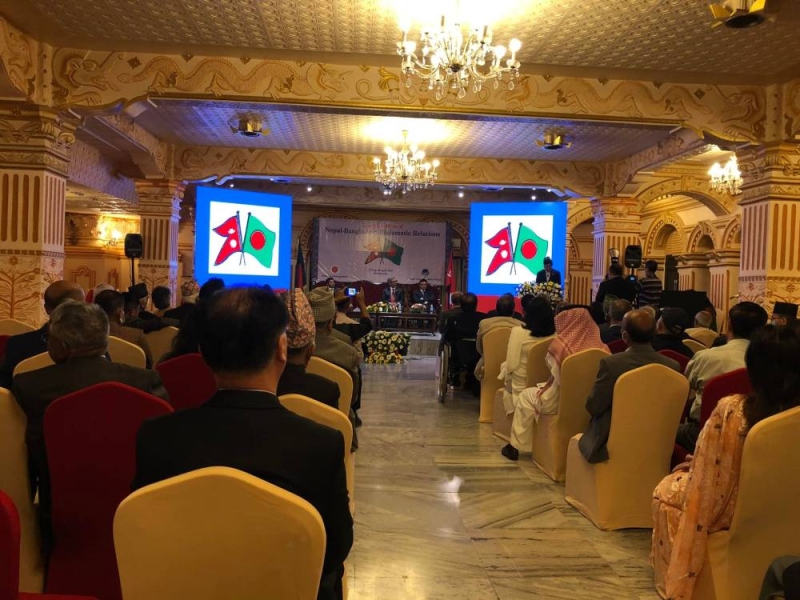 Congratulatory messages were exchanged between the Presidents and Prime Ministers of Nepal and the People’s Republic of Bangladesh to mark the special occasion of the 50th anniversary of the establishment of diplomatic relations between the two countries.

On this special occasion, President Bidhya Devi Bhandari extended his congratulations to the President of Bangladesh Mohammad Abdul Hamid and to the government and people of Bangladesh.

President Bhandari recalled that Nepal was one of the first countries to recognize the independence of Bangladesh five decades ago and welcomed the excellent state of relations between Nepal and Bangladesh, strengthened by a growing cooperation in the areas of trade, tourism, energy, culture and education. She also recalled her state visit to Bangladesh in March 2021 and expressed her belief that the bilateral cooperation between Nepal and Bangladesh will continue to develop and deepen in the coming days.

Prime Minister Deuba further mentioned that Nepal and Bangladesh have been working in close cooperation – both in regional platforms such as SAARC, BIMSTEC and BBIN and in multilateral forums such as the UN. and the WTO – on issues of mutual concern, including climate change, sustainable development, multilateral trade and public health.

Similarly, in his congratulatory message to President Bhandari, Bangladeshi President Hamid expressed his satisfaction with the growing trade and economic relations between the two countries. While appreciating that the two countries have intimate relations, the President of Bangladesh also recalled his official goodwill visit to Nepal in 2019. He also expressed his confidence that Nepal and Bangladesh would continue to work together for the achievement of a common vision of prosperity and development for both countries and peoples.

On the same occasion, Bangladeshi Prime Minister Hasina, in her congratulatory message to Prime Minister Deuba, mentioned that Nepal’s early recognition of Bangladesh as an independent and sovereign nation and the subsequent establishment of diplomatic relations reflected close friendship between the two countries.

While underscoring the shared socio-cultural ties and multitude of commonalities that have developed over the years through mutual support and cooperation between the two countries, Prime Minister Hasina also expressed her commitment to working with Nepal to strengthen further bilateral relations in the areas of trade. , investment, connectivity, energy cooperation and tourism.

A version of this article appears in the April 9, 2022 printing of The Himalayan Times.