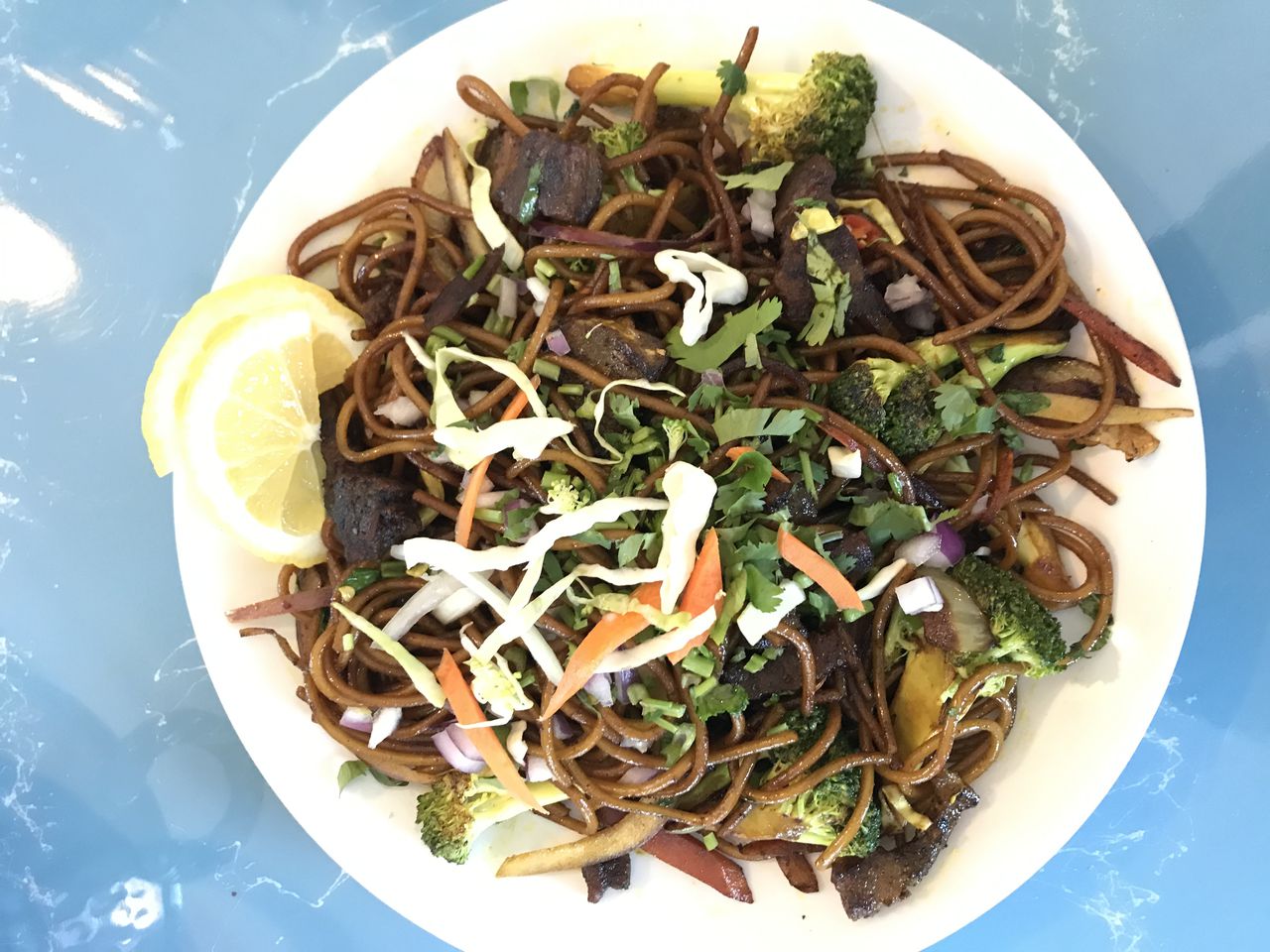 Another Nepali-Indian restaurant joins a growing list in the Harrisburg area.

The latest is 99 Walnut Express, a combo restaurant and mini-convenience store, which opened March 26 at 3406 Walnut St. in Susquehanna Township.

It takes over a building known for its bright blue and green paint scheme where a series of different Asian restaurants have operated over the years.

“We want to provide a unique experience for people and provide quality food,” said Khadga Mahat, who assists her uncle, owner Bal Basnet.

A handful of tables fill the casual dining room. To the side sit several video game machines and a shelf full of staples such as toilet paper, cereal, and pasta for sale. The shop also sells candies and beverages ranging from energy drinks and sodas to water.

Prior to opening the restaurant, Basnet operated a gas station in York Region, but wanted to work closer to his home in Susquehanna Township. The restaurant suited his needs. His wife Chandra Basnet prepares the authentic dishes alongside chef Tanka Guragai.

For now, they aim to cater to a mixed clientele and provide a taste of home to Nepali and Indian residents as well as Americans who are increasingly drawn to the tasty cuisine.

Mahat said chicken thuk-pa, a Himalayan soup made with onions, peppers, peas and tomato sauce, should become a signature dish.

Dozens of starters such as samosas, pakora, 99 omelet with fried eggs, onions, peppers and spices and chicken wings marinated in yoghurt and mild spices roasted in a clay oven are available. Naan is baked in a clay oven and sold in plain and garlic varieties.

Otherwise, the menu is split into Indian and Nepalese sections, with separate listings for goat and lamb, chicken, pork, and vegetarian dishes. A selection of menu items include lamb curry, pork thali, mixed bean curry, chili momo with sautéed onions and pepper with red chili sauce, and chicken korma.

In the near future, Basnet plans to expand the store’s offering to include milk, eggs and bread as a convenience for customers and to open the restaurant for breakfast.