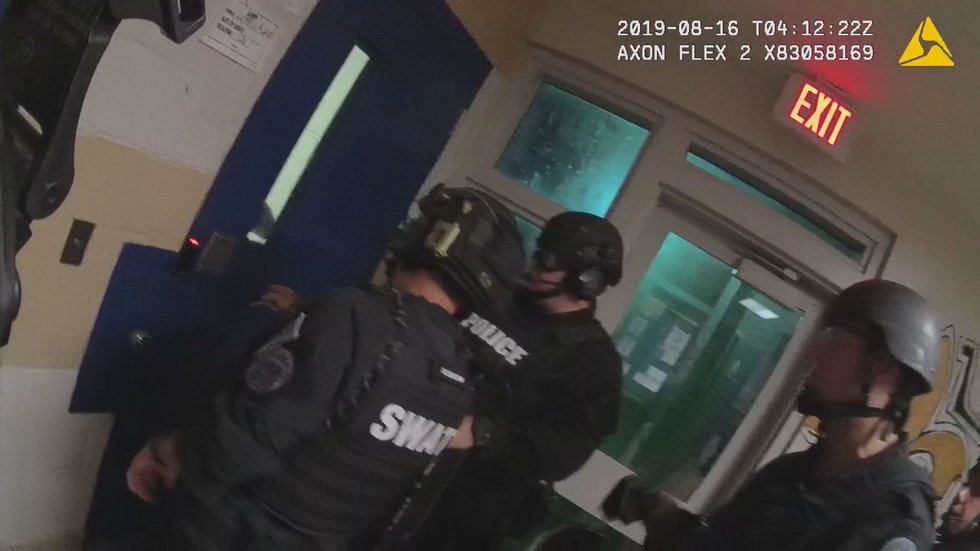 Body cameras were rolling around 11 p.m. that evening when the Special Operations Division entered the building. What we don’t see is what happened 2.5 hours earlier, when five to seven miners braced for a confrontation with staff – in other words, a riot.

According to the police report, officers were warned that there were rumors that the miners were armed with rods. Eventually, some of them were secured in their cells, but three managed to barricade themselves inside a cell and broke the sprinkler system, causing the facility to be forced down.

Deputy Chief Paul Noel was at the scene with Mayor Latoya Cantrell, and you video shows water all over the ground.

The video shows members of the SWAT team moving in, an officer opening the door and kidnapping the first minor. As they escort him in handcuffs to his cell, the minor begins to scream and threaten the staff. Once safe, another miner comes out on his knees.

He is seen in the video as police escort him to a cell, before officers return to where a third minor is still locked up, threatening to injure himself. Officers are heard in the video telling him to kneel, and the officers open the door and take him out of the room.

Eventually, the building was secured and the minors involved were returned to their individual cells. The entire incident, however, lasted over three hours.

No arrests were made and no one was injured, but two of the minors involved in the incident were removed from the Juvenile Justice Center and are now being held in the adult prison.