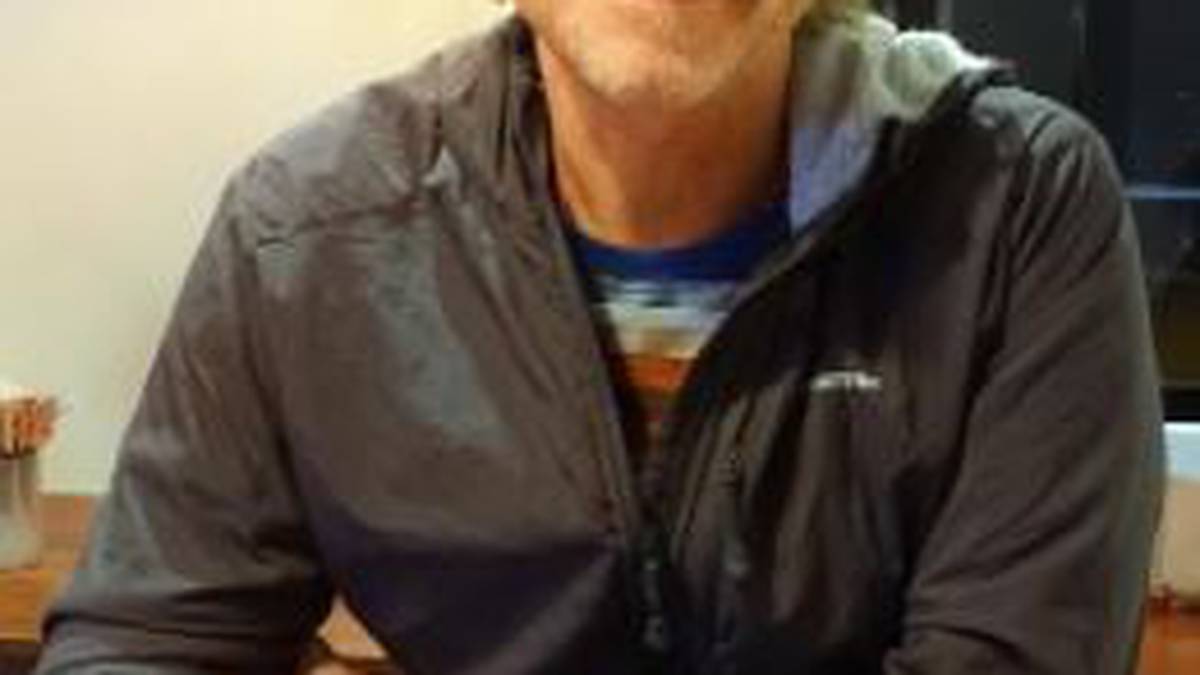 Scott Simper had climbed Mount Everest twice before, but said catching Covid-19 while filming on the mountain this year was his worst experience.

“I was on Everest for the icefall collapse in 2014 when 16 Sherpas died, I was there in 2015 when the earthquake hit and we had a lot of deaths in our camp this one was physically difficult.

“If I had known what I know now, I wouldn’t have left.”

Before the pandemic, Simper spent more than six months of each year traveling and filming in some of the world’s most remote and extreme environments.

When the borders closed, filming plans, some of which had been in development for years, were canceled overnight.

The 52-year-old US-born cinematographer is married to New Zealand mountain guide Anna Keeling, has a 14-year-old son and lives in Wanaka, but has almost always worked overseas. .

After several months of forced leave last year, Simper agreed to work on two shoots in Nepal when the country unexpectedly reopened its borders after a drop in the number of Covid-19 cases.

Simper arrived in Kathmandu in February and, after a week in quarantine and testing negative, was allowed to fly to the Khumbu Valley in northeast Nepal.

By the end of March, Simper had completed one shoot and was working on the second, a documentary about the Sherpas climbing Mount Everest, for a Canadian production company.

“Usually the base camp is a very social place but this year all the different camps were closed, everyone was wearing a mask and everyone was very careful, but the food has to come from somewhere and it was going up the valley. . “

The border between India and Nepal was porous, no passport or ID was required for anyone from the two countries to cross, and unbeknownst to Simper, the number of cases had skyrocketed in India.

For the next six weeks, Simper alternated between different camps on Mount Everest, acclimating, filming, and waiting for a weather break.

He said it was common to have a bad cough – called “Khumbu’s cough” – from the dry air and dust, but this year he noticed that many more people were coughing.

On May 11, the cyclonic winds calmed down and 60 to 80 people pushed towards the summit. By that time, the number of Covid-19 cases across Nepal had risen to 9,000 and Simper began to wonder if he was one of them.

“I felt bad all day, I had no energy, I had a headache, I had a fever, and then at the southern summit, I lost my right eye vision. .

“Everything became opaque, as if I was looking through a clear plastic bag.

“I knew that having eye problems could be a symptom of Covid but I thought maybe I had frozen my eye or had wind in it.”

Simper spent nearly five hours filming from the summit of the southern summit to the summit himself, and by the time he descended to Camp Four, he and the Sherpa sharing his tent were “hacking and hacking”.

There was another day of filming at Camp Four before the descent to Camp Two.

“I felt worse and worse, headache, cough, nausea, my eyesight was starting to come back but I had a fever and had no energy.”

When he arrived at base camp, Simper had lost his voice and spent the next two days lying in his tent.

He dragged himself to the Himalayan Rescue Association camp where Nepalese doctors examined him and said he had a very bad case of Khumbu cough and severe laryngitis.

They did not test him for Covid-19.

Simper believed there was no test for the virus because the Nepalese government denied that Covid-19 was on Mount Everest.

If he was there, the authorities should have interrupted the climbing season.

Despite many guides and climbers reporting symptoms of Covid-19 on social media, the government has dismissed them as rumors.

“The Everest season is such an influx of money for Nepal that they wouldn’t want to close it, and if they had closed the season, they would have had to carry over all permits to the next season.

“There was no season in 2020 and there were so many people out of work for so long that the government was probably under some pressure from the community to keep the season open,” Simper said.

“I certainly don’t agree with Nepal’s denial of Covid, but I can understand why they wanted to keep it open.”

On his return to Kathmandu, he took a test and came back positive.

Within half an hour, he was taken to a government Covid-19 medical center.

“It was the real experience to recover in this tiny little hotel room with no heating.

“It was pretty dirty; eventually I got some disinfectant and was able to disinfect the room but everyone there had Covid.”

Simper was tested every three days and couldn’t leave the facility until he produced a negative Covid-19 test result.

“I was lying most of the time or getting up and pacing the room; there was internet but I didn’t feel able to look at a screen.

“Some people would call me and I would talk to them on the phone, but most of the time I was going to be in the shower for a long time to relieve aches or just rest.”

Simper said that although the accommodation and food were “not great”, the nurses and doctors were extremely attentive.

On day 12, Simper tested negative and five days later was on a plane to the United States.

He spent four days in Utah, where he found out he could get the Covid-19 vaccine at his local supermarket before flying to New Zealand.

Even after he was released from managed isolation in Auckland and returned to Wanaka, Simper said he still suffered from Covid-19-related headaches bordering on migraines and that he had no energy.

“Covid does not discriminate,” he said.

“I’m in the dangerous age range, but even 30-year-old triathletes have died from it.”

“We cannot afford to be complacent – New Zealanders need to be vaccinated, and we should have been vaccinated sooner.”