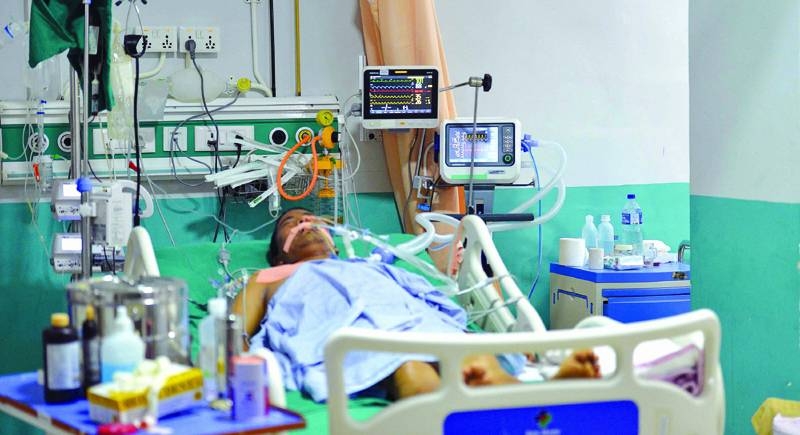 A ventilator “bank” where hospitals can rent intensive care machines for COVID patients has given Nepal’s cash-strapped health system a much-needed lifeline.

The Himalayan nation, like its neighbors in South Asia, saw an increase in infections in April and May, with hospitals overwhelmed and medical supplies running out.

As the infectious disease began to spread in the impoverished country a year ago, Nepal had only 840 ventilators for a population of nearly 30 million, according to government data.

Most of the ventilators – needed to help critically ill COVID patients breathe – were in the capital Kathmandu, leaving regional and rural hospitals vulnerable.

While daily infections have since declined from a peak of more than 9,000 cases in mid-May, authorities say hospitals remain under pressure.

But Nepal Ventilator Services, a nonprofit that has purchased 85 of the machines through donations since the pandemic began last year, has helped meet the increased demand.

The heart surgeon-turned-general practitioner asked donors for funding in April last year and the money poured in, allowing the organization to buy 20 ventilators to rent from hospitals at cost.

Bhim’s hospital in the south of the country, which had a ventilator, loaned two to Dhakal’s group in August for three months.

“Our patients needed ventilators but we did not have enough budget to buy them immediately,” the medical director of the public hospital, Shakuntala Gupta, told AFP.

Since then, ventilators have been used for nearly 1,500 patients across the country.

Hospitals are charged 3,000 rupees ($ 25) per day to cover maintenance and transportation costs.

Karuna Hospital in Kathmandu, which has rented eight ventilators since April this year, said the “bank” was saving lives.

“At its peak, almost all patients admitted to intensive care needed a ventilator,” the director general of the private hospital, Ram Kumar Shrestha, told AFP.

“If the ‘bank’ of ventilators did not exist, the death rate might be beyond our imagination, not only here but in many places in Nepal.”

Laxmi Rokaya, 29, had difficulty breathing a week after being infected in May. Her brother, Kunsang Magar, couldn’t find a spare fan in Kathmandu until they reached Karuna.

“They (Nepal Ventilator Services) rescued us. I don’t know if we would have found a ventilator without them,” Magar told AFP, adding that Rokaya had been placed on a ventilator for two days and released from the hospital. a little over a week later. . Dhakal said all 85 fans in the organization were on loan during the peak.

The country has reported nearly 630,000 infections and more than 8,900 deaths to date. Even as the second wave diminishes, officials fear the third may be around the corner.

Dhakal is working to increase his stock of ventilators and train more people to operate the specialized equipment.

“Hospitals can contact us for essential equipment that they may not need in the long term,” he added.

“We (want) … to make sure the public has access to health care when they need it.”

A version of this article appears in the June 26, 2021 print of The Himalayan Times.