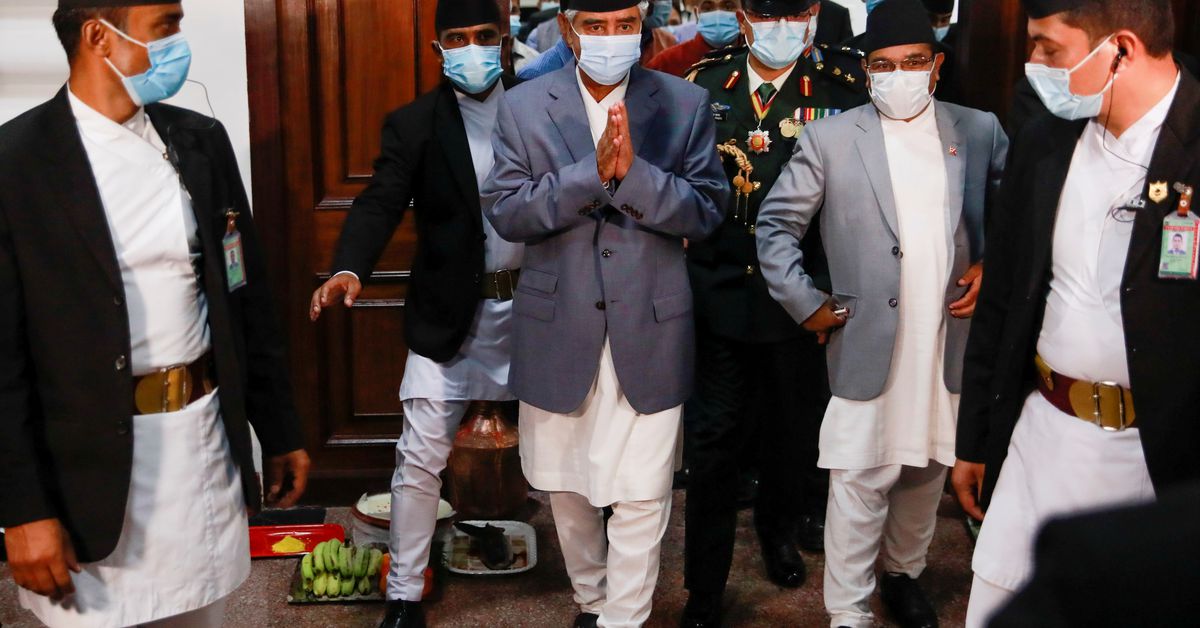 The 75-year-old, who has held the post four times previously, won 165 votes – exceeding the required 136 – with 83 votes against him, Parliament Speaker Agni Sapkota said.

He faces the immediate task of procuring vaccines and controlling the spread of COVID-19, which the government says has infected 667,109 people and killed 9,550 people. Public health experts say an underreporting of cases in the country means the numbers could be higher.

Less than 4% of the country’s 30 million people have been fully vaccinated against COVID-19. More than 1.3 million people, who received a first dose of a vaccine, are waiting for a second as the government scrambles to obtain vaccines.

“The fight against COVID will be the first priority of the new government,” Deuba told parliament.

The new government has pledged to vaccinate a third of its population over the next three months and all Nepalese by next April.

Last Monday, the Supreme Court ordered that Deuba be appointed prime minister in place of KP Sharma Oli. He ruled that Oli, who had been in power for three years, had violated the constitution by dissolving parliament. However, Deuba had yet to win the vote of confidence, under the constitution.

Deuba, leader of the centrist Nepalese Congress party, will lead a coalition with former Maoist rebels and a party representing a dominant minority community in the southern plains of Nepal.

Oli, 69, says he was unfairly removed from his post by the court and vowed to “go to the people” to explain his position.

Pradeep Gyawali, a senior official in Oli’s United Marxist-Leninist Communist Party, said the Oli government “will be remembered by the people for the many good works it did” while in power.

Get low ping with almost no latency