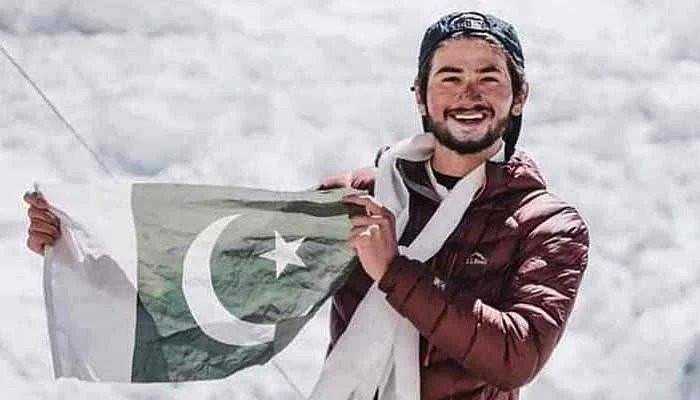 KARACHI: Pakistani mountaineer Shehroze Kashif has announced that he will once again attempt to reach the summit of Manaslu in Nepal, the world’s eighth highest peak at 8,163m after recent controversy over the climax of the mountaineering community .

Shehroze was among several climbers who reached the summit of Manaslu last week. His success was celebrated in Pakistan, but a few days later, all previous summits were called into question because the Mingma Gyalje Sherpa (Mingma-G) of Nepal had announced that he had reached the “real summit” in Manaslu.

His claims were supported by videos from fellow climber and photographer Jackson Grove, who captured historic and remarkable drone photographs which he posted to his Instagram and Facebook pages. The images revealed the summit ridge of Manaslu in an unprecedented way.

One of the images highlighted the main peak on the far right, showing a clear image of a group of climbers clustered together on one side of the mountain, which is said to be “pre-summit.” Meanwhile, Mingma-G and other climbers with him were on the steep slope below them, heading towards the “real summit”.

According to research published on “explorersweb”, many of the Manaslu peaks were just pre-peaks, raising questions about any previous records, especially those that have reached the 14 eight thousand, or aim to do so – like Pakistan Shehroze.

While there is still no final word on the validity of previous summits, the young climber from Lahore has announced that he will set off again to climb the Manaslu.

“I’ve reached the point where everyone has been at the top since 1976 in the fall, including the 80% of climbers who have completed their 14th project and are on their way to completing it. So, after my return to Kathmandu, Mingma-G did an amazing job in setting a new achievement and a new record for crossing this bridge and became the fourth person, including the team, after 1976, to cross this bridge for reach the climax of the Manaslu, ”Shehroze said in a video post on his Instagram.

“I feel quite confident and satisfied enough to hoist my country’s flag at the top of Manaslu. But since after 45 years, a few brave people showed great courage and strove to reach the climax. I think it is also my duty because I am part of project 14 now. I will be the youngest in the world to climb the 14 highest peaks in the world. It is my duty to come back to Nepal. I will do the Mansalu summit again, and this time inchallah, I will push the real summit, ”he announced.

The young climber added that he would not include the last summit in his plan of 14 despite the Manaslu climb certificate.

“I won’t count that in my 14 projects. And, inchallah, I will come back and submit the real summit, the main summit, in fact. This achievement will remain forever, ”he said.

Meanwhile, another Pakistani climber, Sirbaz Khan – who is also planning to make the 14-eight-thousand summit – has also reportedly said he will climb Manaslu again.

Sirbaz who climbed the Dhaulagiri on Friday morning – his ninth ascent of the 14 eight thousand – had already climbed the Manaslu in 2019.