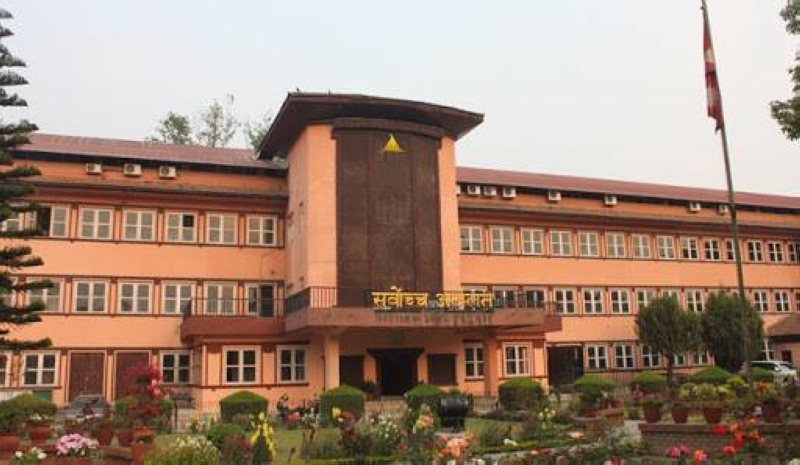 Senior lawyer Mukti Pradhan argued in court that only the Prime Minister appointed under Article 76 (5) had the power to recommend the dissolution of the HoR. He said the president’s decision not to name either of the prime minister’s two applicants was prima facie flawed. He said the president deprived Deuba of a chance to demand a vote of confidence in accordance with the spirit of Article 76 (5).

Speaking in court, lawyer Sunil Pokharel said that the phrase “present a reason on which he or she can obtain a vote of confidence” used in Rule 76 (5) does not give the president the right to be satisfied in terms of issuing an ordinance as was the case with article 88 of the Interim Constitution of Nepal.

Pokharel said the president should have appointed Deuba prime minister because he had the support of majority members of the House of Representatives and it was up to the HoR to check whether or not Deuba had majority support.

He said that the provisions of the sub-articles of article 76 were mainly related to the formation of a new government and that the issue of the dissolution of the HoR contained in article 76 (7) was an exception, but the Prime Minister KP Sharma Oli, who was backed to help form a new government, attempted to dissolve the HoR by invoking Article 76 (7). He said that Oli, who led a minority government under Article 76 (3), was under no obligation to ask for a vote of confidence, but the Prime Minister appointed under Article 76 ( 2) and 76 (5) had to require confidence. vote.

Judge Ananda Mohan Bhattarai asked Pokharel if a Prime Minister appointed under Article 76 (3) had the option of not continuing as Prime Minister.

Lawyer Tika Ram Bhattarai said the president had no right to reject the claims of the two prime minister candidates. He said there were impeachment provisions that could be invoked against the president for failing to perform constitutionally mandated work. He argued that Article 76 (5) required proof of support from HoR members, not from political parties.

Four amicus curiae will also have the opportunity to present their arguments.

A version of this article appears in the June 26, 2021 print of The Himalayan Times.