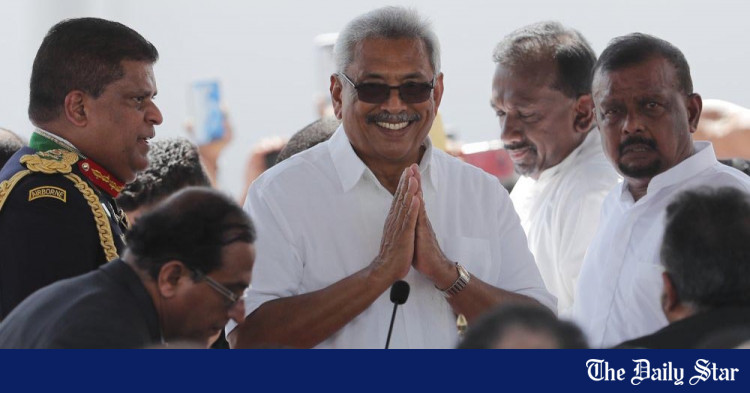 Embattled Sri Lankan President Gotabaya Rajapaksa has appointed a 17-member cabinet, despite growing calls for him to resign, according to the BBC.

Rajapaksa initially sacked his cabinet and asked opposition parties to help form a new government. They had, however, rejected the proposal, according to the report.

For all the latest news, follow the Daily Star’s Google News channel.

He has now reappointed several members of his party to various positions, the BBC reported.

The island nation is in the midst of its biggest economic crisis since gaining independence from the UK in 1948, he added.

It is caused in part by a lack of foreign currency, which means that Sri Lanka cannot afford to pay for imports of basic foodstuffs and fuel, leading to acute shortages and very high prices.

With power cuts lasting half a day or more, as well as shortages of food, medical care and petrol, public outrage has reached unprecedented heights, according to the BBC report.

The country also announced last week that it would temporarily default on its foreign loans. Some of these bond debts are due today (April 18, 2022), according to the report.

From Monday, the stock exchange remains closed for one week.

People have been asking President Rajapaksa to step down since early April, but he has refused, despite opposition claims that he has lost the people’s mandate.

His decision to appoint a new government appears to be another indication that he will not budge in response to protesters’ demands.