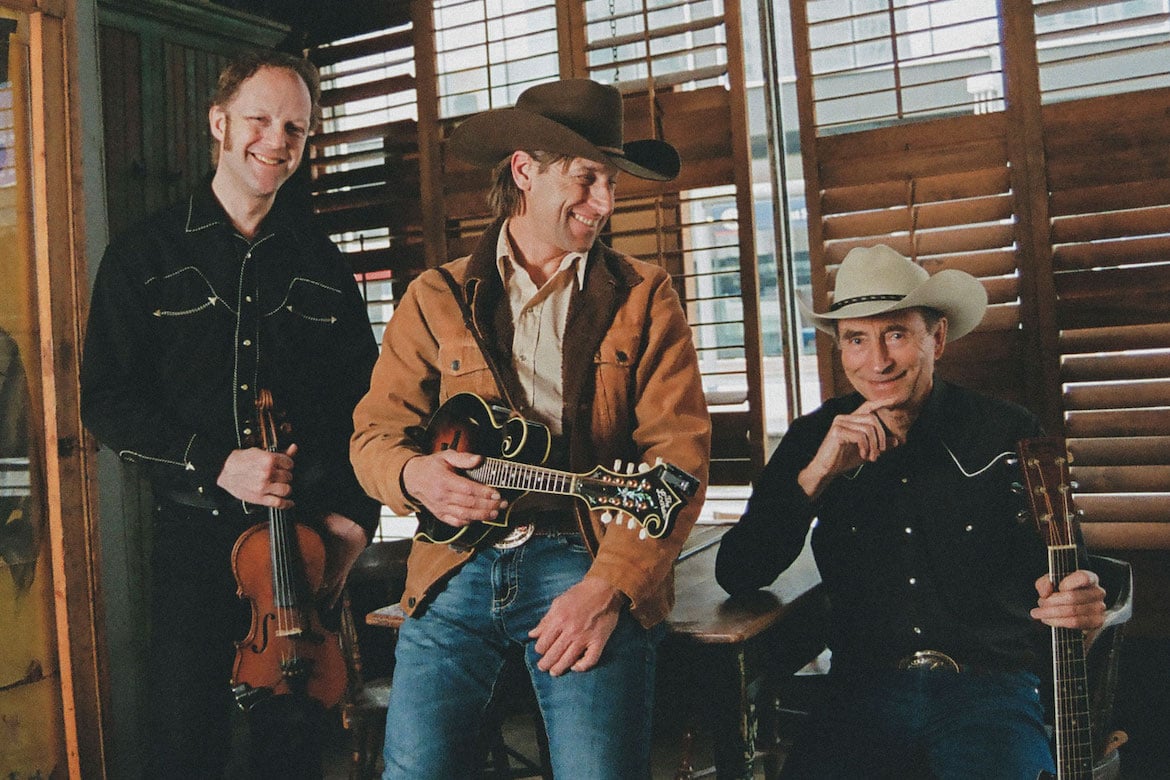 The Wardens – Sold out at The Ironwood

The gardians are three Canadian national park rangers who patrol on horseback and live in remote cabins. Bradley Bischoff, Ray Schmidt and Scott Ward augmented here by Scott Duncan on fiddle, have another keeper who makes acoustic Western music in the old tradition, cowboy-focused and as such share a musical affinity with fellow Canadian Ian Tyson. Sold Out At The Ironwood isn’t, as the title might suggest, a live album, but despite being recorded under Covid restrictions, it has that kind of spontaneity.

He comes out of the corral with The code offering instructions accompanied by accordion and twangy guitar on how to live the modern cowboy life and “keep the west alive“, as, “Wear a straw in the summer, a felt hat in the fall / Iron your shirt, leave your boots in the hall” and “Push on the reins, let the horse have his head / Go down to the river before going to bed“always remember”Ride one like Ian, sing like Corb Lund”.

With fiddle, whistle and three over harmonies, the jog-along The Legend of Wild Bill tells the story of a legendary guardian who lived in “a hut built of larch, made to retain snow“, on Simpson Pass, “eLusive like a cat, ready to attack / Wiley like a fox and wary like a crow“, who fought in the war before returning home to resume his work, “patrolling the country where he had trapped and mined before”. Plus a ballad note, again with violin and their harmonies, shining mountain offers a salute to the landscape and all its beauty,”The richest trees grow old / Money is but a dewdrop / And the grizzly is our gold”. Meanwhile, the breathless rhythm of Timber Wolf Revival approaches pest management from the perspective of the wolf (“Cyanide and strychnine genocide / Predator control, extermination goals / Fifteen dollars for that fucking skin / Gray wolves they were gone, silent to their song / Nothing but their scent on the earth”) and the hope of having four puppies in a litter, on their way to returning them to their natural habitat.

Again with a border country flavor, The last cowboy in the outfit returns to storytelling regarding the bittersweet nature of a director’s retirement (“My keys are on the desk, I handed in my shield/I had no idea what it was going to do/I put my uniform back on, I signed my gun/Then I kind of got myself let go to the setting sun“) as he reflects on the glory days”Up in the mountains where the eagles play”.

It’s not all a lonely life there, and romance in the desert is explored in the cheerful fiddle folksiness of Half Mile Honeymoonas a couple join their destiny to earn a living together on their small dirt farm, knowing “What we reap is what we sow”.

Returning to the life of a guardian, thousand rescues tells the story of Tim, a seasoned mountaineer who has scaled El Capitain and the peaks of Nepal, who has traveled far and wide, risking his life again and again to rescue those stranded in the mountains. Next comes the title track, Bischoff’s tribute to the great Tom Russelchanneling his sound, checking his song names and remembering the night he called him to share the stage (“This Friday night in Calgary might just be my only claim to fame / Sold out at The Ironwood the night I heard Tom Russell call my name“) And sing Navajo carpet.

The quietly strummed and sung Go home chronicles the life of a third-generation Guardian returning to his true roots (“My home is a cabin, made up of tall trees/Where the wood fire burns and the smoke is in the breeze/When I feel alone again for my mountains/I’ll ​​gather all my things and start heading home“) or “There’s daddy’s old stories, they flow from the creek / I see grandma’s face in the knotty pine / I can feel her sweet voice as she rocks me to sleep”.

Studio tracks end with a dashing mandolin, banjo and instrumental fiddle Selkirk Snow, the album ends with two live numbers, the nearly six-minute Neil Colgan Ward tells the story of a young watchman who, struck by his horse, died in the line of duty (“Did his best to walk a spell, lay down on the trail / wrote a letter to his parents, told them his story”), his spirit still patrolling the Rockies. On a lighter and more playful note, it ends with Bischoff’s talk-folk-blues Dinner on the trail which contrasts amusingly with today’s goalie fare (“Lentils, chickpeas, artisan bread/ Gluten-free whole wheat flour… Goji berries, caraway seeds/ Veggie pepper and Lorraine quiche“with the good old days of”steak and potato and a can of corn… Cowboy coffee and some toothpicks/Jerky in your saddle bag”.

A simple, unassuming, yet immensely appealing track for a way of life and a musical genre too often overlooked in today’s hyperactive world and Nashville’s transformed country onslaught. It’s as organic as it gets. As they say, keep it western.